Disillusioned by popular representations, Bradley L. Garrett finds himself with an M.A. in archaeology — but is not entirely sure what to do with it.

At the moment, I am sitting in a $9 dollar fold out camping chair in the middle of the woods in Alturas California (mapquest it), typing this piece on my trusty laptop, a vast expanse of sagebrush away from an internet connection or cell phone coverage. A year ago at this time, I was in Hawaii, hacking through a thick tropical understory with a machete trying to map a rock wall with a tape measure and compass. The year before that, I was staying in an abandoned hotel constructed in 1909 (one of three temporary residents) which was eerily reminiscent of The Shining typing a Masters thesis. And the previous year, to the day, I found myself in Australia backing a boat down a ramp just wide enough for the trailer tires to go look for a sunken trawler (we never found it, but I did get a nice sunburn and a jellyfish tentacle on my face). The list seems endless, and while I have not accomplished much in terms of career advancement through my twenties, I have had more meaningful life experiences than many people twice my age.

There was no escaping this life. In college as an undergraduate, I was seduced by the glare of freshly chipped obsidian in the sunlight and the oddly comforting earthly smell of recently excavated pottery. To the dismay of those who had me fix their computers every weekend, I became an archaeologist.

What I thought archaeology was at the time had everything to do with what the media presented archaeology as: a sexy, dangerous and prestigious field of scientific inquiry or rouge adventure. The reality that I found after college was one of construction monitoring, muddled legislation, credit card debt and angry consultations with a public who thought my stated authority over their history was an insult. 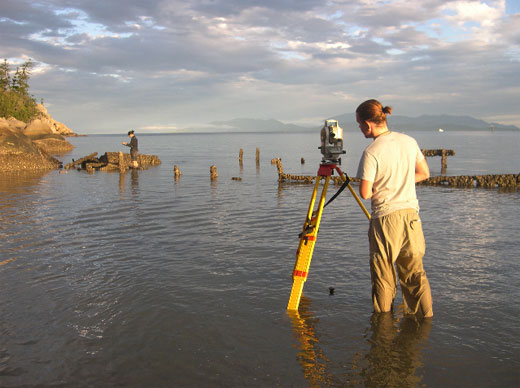 Mapping the George Rennie, a shipwreck off of Magnetic Island in Australia

You see, archaeology has become a field of mitigation rather than discovery. The laws that protect our nation’s heritage have become so far reaching that it has created an entirely new field (and sub-culture) of underpaid, underappreciated, sunburnt and disillusioned ‘shovelbums’ who work primarily for private consultants. These archaic entrepreneurs take disgusting advantage of their employee’s delusions of grandeur and quest for adventure. The term ‘shovelbums’ is an interesting one; it stems from the idea that archaeologists today must follow the work (read: the damage inflicted to archaeological sites that must be ‘mitigated’) which tend to force us into the role of the wandering nomad. Surviving off of the per diem rate in shanty motels, living out of old jeeps, jumping from the private to federal to academic sectors, few of us ever find a place to ‘settle down’. More frequently than not, the first question that my friends ask when they call to catch up is “where are you now?”

As a result, I have a steady stream of friends and colleagues who I will likely never see again, people I met in Australia, Mexico, Hawaii, the American Southwest or on a stretch of employment somewhere between Northern California and Washington State. My contacts list in my phone is becoming increasingly outdated as I move from one job to the next and find that “so and so from Georgia now lives in Chicago and has taken a real job”. I have an intimate knowledge of obscure landscapes, artifact types and a large mental database of archaeological literature. What I don’t have is a stable career, health insurance, or a place to call home. 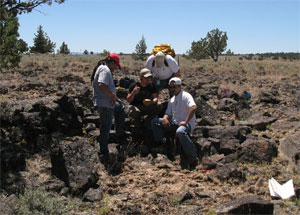 An in field GPS lesson with members of the Pit River Nation in Alturas CA, USA

Many may argue that this nomadic lifestyle is just what we thought being an archaeologist would entail, and on some level I do enjoy being so disconnected from reality; so ensnared in the past. What I failed to grasp when considering my career choice was that real life always tend to put a damper on the fun and adventure that could be had. Sure, I have lived and worked in 4 states and 3 countries in the last 4 years, but I also travel with 200 pounds of luggage (everything I own and not coincidentally the limit on baggage check in for international flights) and re-register my car about twice a year. I have spent countless hours watching bulldozers move dirt and breathing diesel fumes waiting for remnants of the past to reveal themselves, leaving work with little more than a strong desire for a shower and some more audio books for my MP3 Player. My memory may be off, but somehow I don’t remember Indiana Jones ever monitoring condo construction in Honolulu.

What I do distinctly remember is the look on the face of my supervisor at my first job in Southern California just after completing my B.S. when she asked me “what did you think you were going to be doing?”

For now, I have found a home with the federal government. The Bureau of Land Management is the first of my employers to acknowledge my achievement of an M.A. in a meaningful way. Perhaps I will stay here for a while. Then again, I did see a nice job open up in Micronesia recently…

Bradley L. Garrett is an archaeologist for the United States Bureau of Land Management in Alturas, California.