Burial chambers of the Neolithic

In the Neolithic – the New Stone Age – the older you were, the more important you were, and thus logically the dead were the most important of all. Ancestor worship became the centre of people’s lives, and great emphasis was placed on the burial of the dead.

Magnificent tombs where therefore built as houses for the dead. Some of the finest of these are the Clava cairns, in North East Scotland, near Inverness.
Here stone chambers were built, and then stones were built up around them to form a mound, and a long passage was constructed so that the tombs could be entered again and again. But when were they built, and what was their meaning? Professor Richard Bradley has been excavating there to find out … 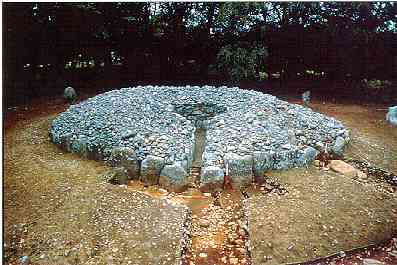 The best idea of a chambered tomb can perhaps be obtained from this high-level view of the northern-most tomb, here stripped by the excavators. The passage can clearly be seen leading into the circular chamber at the centre.

Note that the cairn is surrounded by a platform which has been partly excavated. There is also a ring of standing stones around the cairn, some of which can be seen in the background.
Stone circles are generally considered to be ‘Bronze Age’ rather than ‘Neolithic’ so perhaps this suggests that these tombs are very late in the Neolithic.
https://archaeology.co.uk/wp-admin/edit-tags.php?taxonomy=category 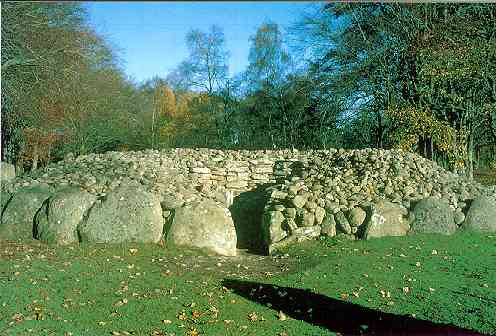 At the other end of the Clava complex is another chambered tomb, like the first, also open to the public. This view looks down the passage from ground floor level, into the central circular chamber. Note the ring of large stones round the cairn, holding it in position. This is very similar to the first cairn, which is just in front of the trees in the background. 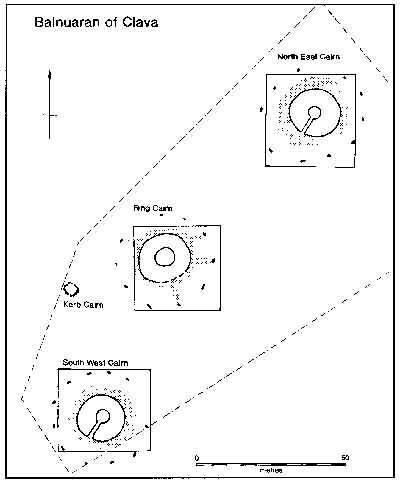 At Clava, two main tombs are laid out, open to the visitor, one at each end of the complex. Both have their entrance passage pointing in the same direction, so that on Mid-winter’s day, the rays of the setting sun point right down the passage.
Between the two main cairns is a monument of a rather different type known as a ring cairn. Here there is no entrance passage, and at the centre, instead of a closed chamber there is an open unroofed area where ceremonies could take place.

The second stone in from the bottom left has some ‘cupmarks’ near the bottom, small circular depressions, laboriously carved out for some ritual purpose.
The recent radiocarbon dates show that the tombs were much later than expected: instead of   being at the very beginning of the Neolithic, they come right at the very end, at around 2,000 BC. They also confirm that the whole cemetery was built at much the same time, in a single operation. 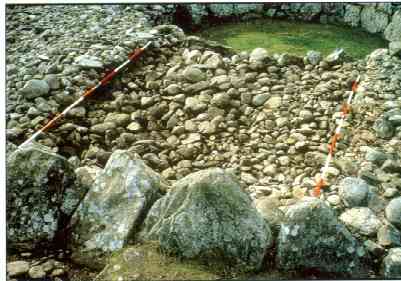 On to the next site – a Bronze Age Boat, found at Dover